“Someone once said “play the starring role of your life, not the supporting role.  Funny enough you start to see things differently.  You begin to be more decisive, assertive.” Melissa James

After the successful release of her strong pop rock “Copycat (girlfriend)”, we caught up with Melissa to get a sneak peek of her upcoming contemporary rock track, “Searching”.

“Searching is about life, relationships and how I see them,” says Melissa. “It’s important not to wait for anyone and to take charge of your own life.” 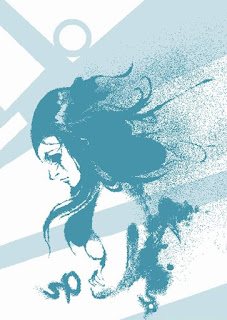 Melissa wrote and produced Searching herself. The song started as a hum, which Melissa recorded on her mobile. Then day by day, the hum transformed into a melody with lyrics and guitar.

“My melodies all come naturally, they just happen. Searching came when I was in the shower,” Melissa smiles. “When I connect with a melody, I hum it on my phone then build on it.”

Drawing from past experiences and observing relationships in general, Melissa wanted to tap into a human situation that most could relate to. She remembered a quote someone once said to her, “play the starring role of your life, not the supporting role,” and it really turned her life around.  It saddened Melissa when she discovered that so many were at the place she once was, in unhappy relationships.

“When I was told to stop playing 'the supporting role', I started to see things differently.  You begin to be more decisive, assertive.  That quote is like a whack across the face telling you to wake up and smell the coffee!” explains Melissa. “Some relationships just never go to the next level and you feel like you’re at a standstill and you wanted more. When you reach this stage then do something about it, say something, don’t be afraid.”

Melissa wanted to send out the same message that she had once received but unlike most songs of the heart, Melissa’s story couldn’t be cocooning. It had to be real and obviously her song expresses a lot of frustration; it’s in the chorus of the song.  But through the frustration there is also a gentle solace that sticks in powerful guitars with an alternative rock groove.

“Searching basically lets the listener know it’s okay to ask questions,” continues Melissa.  “Once you feel a bit of doubt then it’s okay.  You help yourself by addressing what you’ve invested so much time and energy in.  It’s okay to let go and move on.”

The new song is scheduled to be released with a raw rock video clip in July/August so watch this space.

Find me on GooglePlay

Find me on iTunes